skip to main | skip to sidebar

iReptile Rescue
San Diego, CA, United States
Well let me try to explain how all this madness started. If I remember correctly (some days were a haze), I grew up in Sunny San Diego, near creaks, mountains, and a lot of run down back yards, so me and my friends would always find our native reptiles, bring them home (without the jefa knowing of course), and risk the consequences for our devious actions =) Well, now as an experienced reptile lover/owner, it opened my heart to open my doors to unwanted reptiles. lately I've seen an increase in abused, neglected, or unwanted reptiles, that, as a reptile lover, directed me to try my best to build a reptile loving community, that i can re-home reptiles that people can't care for anymore. I need all the help and support from all I can, if your a reptile owner, and lover, lets share our thoughts, and open our hearts, to these reptiles that are being let go in valleys, mountains, or given to inexperienced reptile owners. 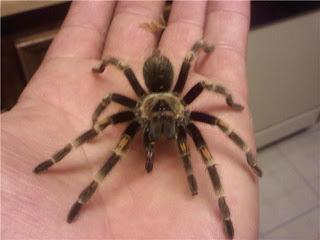 Posted by iReptile Rescue at 11:12 PM